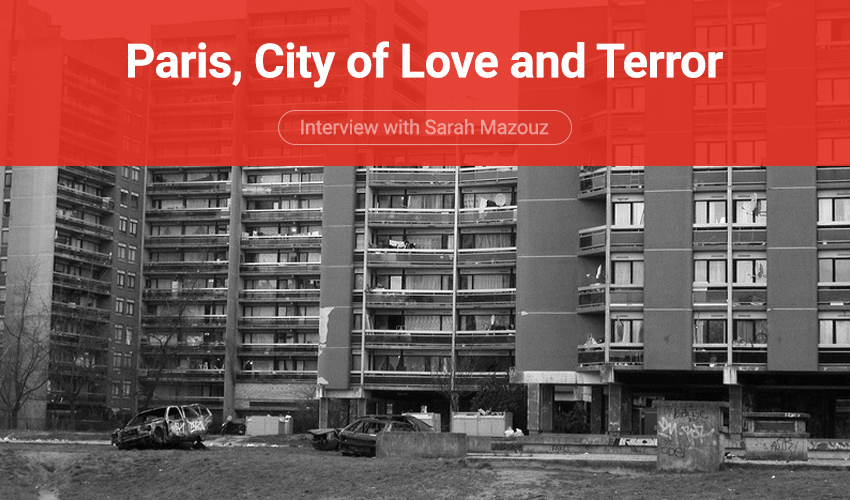 A few months ago Paris was distressed; an unprecedented catastrophe had occurred. What intensified the horror was that the attacks were committed from the inside. It was not reports of bombs and terror in an unimportant faraway land. This time, ISIS was right next door. Since then, France has called for a state of emergency and has taken up expanding police powers and security measures. Most recently, the government is seeking to expand police powers permanently. All this means more pressure on those that could fit the category of the possible enemy: migrants and French nationals of Arab descent. But what is life like for a French resident of Arab descent? What kind of political and economic relations weigh upon them? And what correlates to ISIS’s appeal in France? To have a better grasp of the context in Paris and the everyday experiences of the “others” in France, we interviewed Sarah Mazouz, who has done ethnographic research in a youth employment center in the suburb of Paris. In her study she explores the, “the moral and emotional issues involved in the relationship between young people, mostly from working-class and immigrant origins, and their advisors.” Sarah Mazouz is currently doing research on dual citizenship in Germany as a post-doctoral fellow for the Center Marc Bloch.

Paris has been presented as the city of love, romance, culture and food. What is the other side to this story?

Paris is also a city where it is hard to make a living because it still gets more and more expensive. This process has produced a strong gentrification of the neighborhood where the working-class and the migrants used to live. However, in the case of the Paris attacks, it is also important to note that they did not target the rich areas of Paris. They took place in areas that have been gentrified since the 1990’s but are still mixed and integrated places. For example, the bar “Le Carillon” (one of the places targeted on November 13th) is owned by an Algerian family such as many other bars in popular neighborhood in Paris and was attended by both North-African workers living in this area and persons from the upper-middle class among whom there were also descendants of North-African migrants who have better working positions than their parents. It is likely that ISIS precisely wants to destroy such mixed and integrated places.

What does it mean to be a Muslim migrant in Paris? Of particular interest is Banlieues. What is the daily life like in these neighborhoods?

First of all, it is important to say that the categorisation as Muslim is quite new and does not exactly correspond to the way in which the life of migrants has been so far organized in Paris or in the Banlieues. Of course, an important part of the migrants, especially those coming from the French ex-colonial empire are Muslim or with Muslim background and you can find mosques, Muslim bookstores or halal butcheries in the places where they live. But the neighborhoods are perceived as migrant neighbourhoods not as Muslim ones and they can be described as more African or more Chinese or more Tunisian and so on. So the categorization as Muslim and as Muslim or even as “islamicized” neighborhoods has been a categorization first used by the conservative republicans and by the far right to stigmatize these areas and play with the fear of islamisation. Of course, at almost the same time (let’s say from the end of the 1990’s) Islamist groups appeared in these areas, used the lack of mosques and space to occupy the public space and called for an islamisation of these places.
Then, in the beginning of the 2000s, especially around the headscarf issue and Law of 2004 (against religious symbol at school and in public services), the categorization of Muslim progressively replaced the other ones. It was a new way to racialize people who were previously racialized as Arab or as Maghrebi. So it entered the everyday life of many persons who don’t even define themselves as Muslim while those who define themselves as such and show their faith were openly discriminated for wearing hijab or having a beard.
For example, when I was doing fieldwork in a Job centre for Youth in a Paris Banlieue, the advisors clearly said that a veiled woman could find a job in a call centre because nobody would see her. However, the same veiled woman could never be hired as a saleswoman because this position is supposed to be in direct relation with customers and the bosses assumed that customers do not want to be served by a veiled woman. The situation is exactly the same for men who have a beard perceived as the “Muslim beard”.
So, people who show their faith are discriminated against in France and the problem is that the unequal treatment is not recognized as such because since the headscarf issue the signs that show a Muslim faith have been conceived as a threat to the principles and values of the République and how it has conceived a way to live together.
In this context, the predominant media and politicians use the reference to the Laïcité Law of 1905 in order to justify the exclusion and discrimination of Muslims by misrepresenting this law. Indeed, while the text of 1905 was a great way to provide tolerance by appealing to the neutrality of the state toward religious issues and institutions, the current use of the principle of laïcité focuses on the neutrality of the persons and in fact only on the neutrality of Muslims. So it reactivates and, thus, enhances the old colonial idea that the Muslim person who is compatible to the République must in fact not be Muslim… This situation produces a kind of general suspicion, which can also affect secular or atheist persons from Muslim origin.

A French national of colonial descent might have to cope with racial discrimination in their access to employment and housing. Especially if it he is a man and has a Maghrebi phenotype, he might also face everyday racially profiled police control. In his or her general experience with administration, he or she might feel he or she has not exactly the same rights as other Nationals. They might also face suspicion about their being French.

We are no longer at the level of the second generation! Many persons perceived as such have in fact French parents, grandparents and even great-grandparents. They have long been integrated into France even in the ways they contest the predominant and rather exclusive way to define Frenchness. That is, to criticize everyday discrimination and stigmatization, they use a repertoire of actions and arguments which is one of young people raised in France . In other words, they are deeply a product of French society. Therefore it has no sense to reflect on the situation in terms of integration.
Integration is not even an issue! Bringing it up is in fact only a way not to recognize that the French state and most of French politicians have to put their actions into question. In other words, focusing on the supposed, “lack of integration” of these groups is a means for most French politicians not to address the way in which Arabs and Black people are discriminated and stigmatised. It is a way to make the stigmatized bear the burden of what is in fact the failure of the Republican model.

Can we read Isis acts in Paris retroactively or in light of Paris riots in past years?

It is hard to say because the actors do not make a relation between both events. Nevertheless, it is striking to note two things. First, in terms of generation, the participants to the attacks are more or less five years younger than those who took part to the riots of 2005. Secondly, when I carried out fieldwork with the rioters in the aftermath of the events of 2005, I noted that they had political claims that were pretty classical. They highlighted the everyday racial discrimination they were coping with, asked for more justice, more means for working-class neighbourhoods, more respect and contested, not the presence of the police, but rather the way in which it exceeds its right to use legitimate violence. However these claims were not heard. Politicians (almost all of them, from the right to left – at least to the Socialist party) and the dominant media answered with contempt to the movement and conceived it as infra-politics.

Shall we now consider that their younger brothers have decided to leave political solutions and the temporal realm for Eternity and the so-called principle of Allah? Maybe, but the idea should be more grounded. 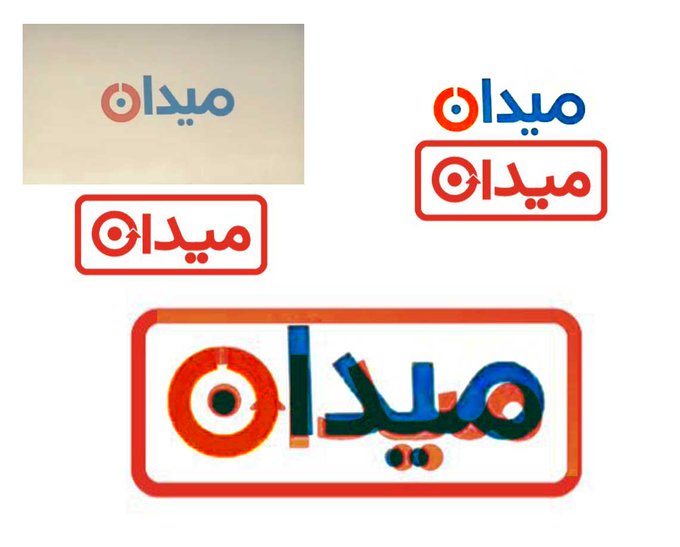 Which Meidaan (Square) are you stepping in?